LET US BLIND OURSELVES AND WE WILL RUN INTO DISASTER 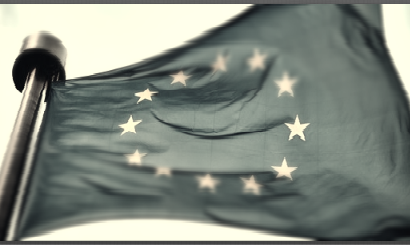 The Renew Europe MEP rejects the inevitability of European discord over the economic recovery. He outlines a compromise between the grasshoppers and the ants.

Europeans are divided over the possibility of taking on joint debt to revitalise the economy after the crisis. We hear the Portuguese Antonio Costa’s anger at Dutchman Mark Rutte. Four countries (Germany, Austria, the Netherlands and Finland) refuse to share the debts related to this crisis. MEP from the Renew group (liberal-Macronists) and member of the Foreign Affairs Committee of the European Parliament, Bernard Guetta analyses for Le Point this turning point in the construction of Europe and the great international upheaval caused by the coronavirus.

Le Point: Do you think that the division of Europeans on the common debt endangers the European project, as President Macron says?

Bernard Guetta: This divergence is nothing new. It is even inseparable from the progress of our unity since the most virtuous States have always rejected that the Union itself should get into debt, because they did not want to have to guarantee “Eurobonds” that would finance the deficits of the most spendthrift countries. This refusal was one of the conditions to which the launch of the single currency had been bound.

In my view, it was a mistake, but, out of necessity, nine States, including France, publicly took a stand in favour of resorting to a common loan. Their number is increasing and they may soon represent the majority of the 27. Germany itself is beginning to hesitate and there is a way – I plead it and it is an idea that is gaining ground – of quickly overcoming this disagreement.

What is that way?

It would be, and without delay, to borrow collectively, but only for innovative and jointly defined projects, not to finance national deficits, but for the Union to invest jointly in the future. Today we need to invest in medical research, the relocation of pharmaceutical production within the Union’s borders and the creation of joint stocks of paramedical equipment. None of the 27 capitals would say otherwise. No sensible person would deny that we should do this together and, even before this pandemic, we all agreed to invest in the industries of the future, in artificial intelligence in particular, and to lay the foundations for a European defence industry without which there will be no common defence.

So let us do so and let us finance these joint efforts through joint loans which I suggest we call, in English, “Recovery Bonds” and, in French, “Bons du rétablissement”. Doing so, the budgets of the States, of all the Member States, would be indirectly relieved. Financially speaking, this would in no way be laxity, but logic itself – rigour in the best sense of the word – and we would not simply be converging on the solution to the financial problems created by a crisis of which no one is guilty and of which we are all victims.

Beyond the immediate present, beyond the urgency, we would also take great leaps forward in our unity by getting into the habit of investing together in our common needs, of acting intelligently, in other words, for the benefit of all. In this drama, Europe’s political unity can be considerably deepened and perhaps we are not as far away from it as we might think.

What kind of Europe can emerge from the rubble of our economies?

Let us blind ourselves and we will run into disaster. Let us convince ourselves that we should disunite because the Union has not been able to spare us from the malfeasance of a new virus against which no country – neither China nor the United States, for example – has been able to protect itself, and we will experience the weakening that disunity would cause in the face of the other great powers, which are actual countries.

We have a choice, and that choice now depends much less on our 27 governments than on us, the citizens. Either fear leads us to listen to the bad shepherds of national withdrawal or, on the contrary, we push our governments to deepen our unity through common industrial policies, pan-European research and investment, common defence and common universities. Because they are in the driver’s seat, our governments are tending towards the logical choice of deepening our unity, but they fear that they will not be followed by the public opinion, which is now being thought-driven by these new intellectual elites who are united in nationalism, in the rejection of the Enlightenment and in authoritarianism.

So, yes, it is up to us, the citizens, to see that the Union cannot be criticised for not having defined a common policy in the face of this pandemic, even though health is not its responsibility but the one of the Member States and that, unless we take the federal option, we cannot criticise it either for not having a common executive. It is really up to us, the citizens, to realise that the Union is still only the sum of its Member States, a Union of nation states, and that our unity and our common institutions have not worked so badly, quite the opposite, in this crisis.

Without any of the Member States opposing it, the Commission has been able to bypass fiscal rules that were sacrosanct in the eyes of the majority of the 27 capitals. The Central Bank was able to calm the panic in the markets by putting unprecedented amounts of money on the table. Germany itself, internally, has abandoned its religion of fiscal balance in order to be able to defend its SMEs. The Union has moved and is moving much more deeply and much more consensually and rapidly than it has ever done before, especially than it did in 2008. Our unity can break down. That is a possibility that can no longer be ruled out, and Emmanuel Macron does not either, but, like him, I would rather bet on the opposite, because, at the end of the day, who would want to take responsibility for a general rush for shelter in which we would all be stepping on each other looking for the way out? Because adversity compels us to do so, I believe we will close ranks.

Like Xi Jinping and, alas, like Donald Trump too, Vladimir Putin does not want the European Union to assert itself as a political power.

The Chinese regime has obviously been hiding the truth. Its method of managing the containment has revealed the full extent of its repressive arsenal In your view, have liberal democracies lost the battle for effectiveness as well as the battle for communication?

Communication, yes, certainly. We are losing that battle because this regime succeeds in making us forget that if it had not started to silence its whistle-blowers, those young and noble doctors who had so lucidly and unsuccessfully sounded the alarm, China and the world with it would not have started the real battle with almost two months of delay that we are paying the price for so tragically.

It is not proof of its effectiveness, but of its tragic ineffectiveness, of the absolute harmfulness of the lack of freedoms that the Chinese dictatorship has just inflicted on the world, and now it is selling its assistance. It is not offering it, it is selling it, taking advantage of the fact that it had become the factory of the world, the masks factory in this case, thanks to the “race to the bottom” opened by the triumph of Reagano-Thatcherism in the early 1980s.

Neo-liberalism has certainly not been all bad. It has lifted hundreds of millions of people out of absolute poverty, but if there is one certainty today, it is that the Thatcherian era is coming to an end as surely as the Maastricht rules are buried and that we are seeing a return of Keynes, a revaluation of the role of the State and, perhaps, hopefully, I want to believe it, the beginnings of a European public power.

Vladimir Putin claimed to be sending medical supplies to the Italians. And finally, he sent soldiers… How do you interpret this gesture?

Like Xi Jinping and, alas, like Donald Trump as well, Vladimir Putin does not want the European Union to assert itself as a political power, because then we would have to reckon with it, economically and politically. To paraphrase Mauriac, these three love Europe so much that they prefer there to be 27.

But a word about Russia itself.

The weakening of the Iranian regime is such that Mr Putin is losing his only ally in the Middle East. The complicated East could well become for him a new Afghanistan or what Vietnam was for the United States. At the same time, falling oil prices are worsening the situation of his economy while his popularity is steadily declining. The pandemic – even though it is said to be almost non-existent in Russia – has now forced a postponement of the institutional referendum by which he intended to reinvigorate himself politically . Russia, in a word, needs the European Union, and its President would do well, in his own interests, to stop playing at destabilising it with orchestrated rumours and false support aimed at lifting the sanctions that the 27 had imposed on him after the Ukrainian affair.

Donald Trump has said just about everything and its opposite about this virus. His economic success is threatened. Is the American presidential election, where his second triumph was taken for granted, winnable by the Democratic camp?

What wasn’t true a month ago is true now. The Democrats can now win in November, and we – Europeans – should pray that this be the case, because the democracies urgently need to stand up to authoritarian nationalist regimes, those of China, India or Russia.

After the crisis of 1929, three models were facing each other: the two totalitarianisms and the New Deal of the American democracy. Today, once the pandemic is defeated, when the time comes to rebuild, it will be the liberal democracy and this Chinese model, the combination of the worst brutalities of savage capitalism and communism, that will compete in this century.

Not only do we need to affirm the European Union as a bastion of freedoms and the rule of law, but the European democrats should consult as soon as possible with those who are preparing for the future in Joe Biden’s entourage so that the two sides of the Atlantic can once again come closer together in an alliance between the United States and the Union, between two equal powers which today need to be rebuilt on the basis of a fair social contract.