One power retires, another emerges 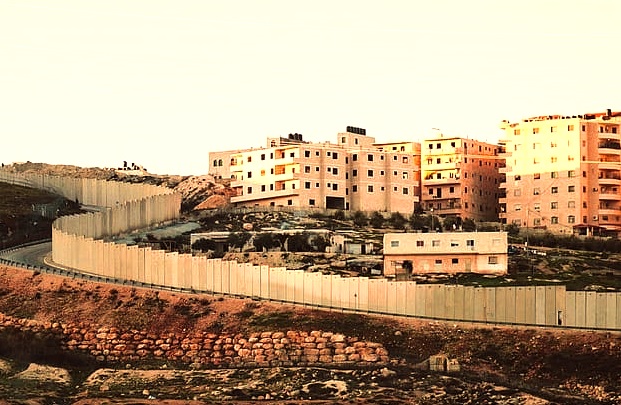 Two sentences say it all. One by Angela Merkel, the other by Benjamin Netanyahu, two sentences pronounced last week at the German and Israeli parliaments, which express two slow but profound evolvements that could well reshape the world.

When “Bibi,” as the Israelis call their Prime Minister, tells the Knesset that “the time has come” to apply Israeli law to whole areas of the West Bank, in other words, to annex the settlements, what does it mean? Well, beyond the usual profession of faith of the Israeli right-wingers, for whom there is no question of coexistence of two states, Israeli and Palestinian, only of an extension of Israel’s borders to what they were in biblical times, this declaration signals the end of the American era.

There had been a time when, having won the Second World War and then the Cold War, the United States assumed, for better or for worse, the role of the world’s policeman and thus the role of the “honest broker” in the Middle East. Ally of Israel and defender of Palestinian rights, it was the bona fide mediator between these two warring peoples. A mediator that stubbornly tried to advance a just and lasting peace, in the face of which no Israeli Prime Minister could have officially said that he preferred an annexation decree to a peace treaty.

Then their Afghan stalemate and the chaos created by their Iraqi adventure convinced the United States that it had to look after itself and not after the whole world any more. Under Barack Obama, the world’s leading power withdrew behind its borders to devote itself only to its standoff with China and, under Donald Trump, the Israeli-Palestinian conflict became a simple domestic policy issue. Nationalist and right-wing, an American president unabashedly supports a right-wing and nationalist Israeli Prime Minister who is also supported not by American Jews but by those Republican kingmakers, the Evangelicals, for whom the resurrection of Israel heralds the arrival of the Messiah.

For Donald Trump, the peace that the United States must promote is that of the Israeli right wint. So that is what he did. That is why Benjamin Netanyahu, when he announces the time of the annexation, may not be afraid of an American disavowal and may take the historical responsibility of putting Israel in the mortal danger of becoming an apartheid state in which the Palestinians would be neither Israelis nor Palestinians but stateless, without rights or a homeland.

This is the time of the irresponsibility of the United States, the end of the American era, announced by this speech on Sunday, but let us now look at Angela Merkel’s statements. On Wednesday, the Chancellor spoke two words in the Bundestag that none of her predecessors had ever said before, namely “political union”. “We must not forget,” said “Mutti”, “Mom”, as her compatriots call her, what Jacques Delors said before the creation of the euro: “We need a political union, a monetary union will not be enough”. She added that “more needs to be done in terms of economic policy in order to advance the integration” of the euro area.

A month and a half before taking over the rotating presidency of the Union, the Chancellor has just spoken out in favour of moving forward with the political Europe, this “powerful Europe” that France has been advocating since General De Gaulle. Angela Merkel has just reached out her hand to Emmanuel Macron. This should soon result in a compromise among the 27 on the method of financing the European recovery plan being prepared by the Commission. The German prudence is in line with the French lyricism, and, necessity being the law, Covid-19 obliges the Franco-German couple to reconstruct themselves in order to lead the Union towards what could gradually evolve, after monetary union and the common market, into the third stage of its history: political unity.

The road ahead will be fraught with difficulties. The European carriage may well get stuck more than once, but after all, when Helmut Kohl and François Mitterrand launched the single currency before even bothering to harmonise the economic policies of the Member States, they were not unaware that they were putting the cart before the horse. No. On the contrary, they wanted to create the irreversible, the European currency that would force Europeans to harmonise their social protection, investments and taxation, and the current crisis proves them right.

Once again, European unity is advancing through the crisis because what does not kill you makes you stronger and, while one power is eclipsing, another is emerging, a small light at the end of the tunnel, flickering and fragile, but resistant to all storms.