Europe and its “systemic rival” 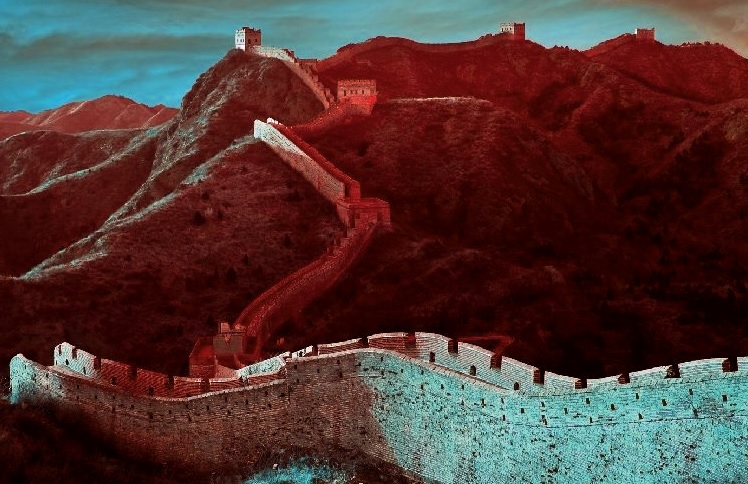 Donald Trump, we know. Tweets or public statements, he never misses an opportunity to accuse China of every crime and to promise it the worst punishments. This meets so well the expectations of those 66% of American voters who have a bad opinion of the world’s factory that the Democratic candidate, Joe Biden is just as keen to defend this position. But what about the European Union?

Why has the European Union got on board, albeit with fewer big words, in an ever-increasing bombardment? On Monday it was the head of its diplomacy, Josep Borrell, who called for a “more robust strategy” against China. His statement was significant because a year ago the Union had already described Beijing, without leniency, as a “systemic rival”, in other words, an adversary in all areas. Josep Borrell would like to shift to a higher gear and the European Parliament will not be shocked by that, because in the meantime it gave the Sakharov Prize, the Parliament’s equivalent to the Nobel Peace Prize to Ilham Tohti, the most famous defender of the Uighur minority, imprisoned for life by the Chinese regime. At first, only four Members (including myself) advocated this choice, but, as a sign of the times, it took us less than two months to win the decision and, since September, the European Parliament has hardly ceased to show solidarity with the Hong Kong democrats and to protest against the violation of human rights in China.

The influential Competition Commissioner Margrete Vestager, the woman who fined Apple and Google, denounced the “lack of reciprocity” in the EU-China trade. Here again, the change in tone is notable and, at the same time, Paris, Berlin and many of the major European capitals are expressing a desire to control and curb Chinese (“foreign”, they say) investments in their strategic industries. A European front is searching its way and is already taking shape against China, because the Union, its institutions, its think tanks and its 27 Member States are now blaming themselves, and even more so since the beginning of this pandemic, for having shown “naivety” towards the Chinese regime.

Like the whole world, Europe believed Deng Xiaoping when he told the UN in 1974 that “China is not a superpower ” nor will it ever seek to be one”. Like the United States, the IMF, the World Bank and so many intellectual figures of neo-liberalism, Europeans had, a wide-eyed faith that China’s economic opening and the development of its international trade would inevitably lead to a political opening and to its integration into a global governance based on law and multilateralism, alongside the West. Like the boards of directors of major companies, Europeans had believed that there would be only advantages in relocating their labour-intensive industries to China since this would favour their exports and reduce their manufacturing costs.

For a long time, it was almost impossible to dispute these certainties, but, like Americans, all Americans, Democrats and Republicans, Europeans now realise that China has obviously become the great power that it was aiming to become again, that it now intends to rule Asia before making a memory of the American hyperpower, aiming to dominate the world economy and impose itself militarily over the entire surface of the globe. This is why, long before the pandemic, Barack Obama had worked so hard to integrate the Asian and American economies, excluding China. That is why the wind began to change several years ago, but everything has now sped up, in just a few months of coronavirus.

While the world was discovering that Beijing had been trying to hide the appearance of this new virus for almost two months and had thus largely contributed to its spread, the Chinese leadership gave in to a moment of hubris. Since it had finally managed to contain the epidemic before it spreads throughout the country, it was necessary to make people forget Xi Jinping’s first mistakes by magnifying the regime. Since China was criticized abroad, one should not apologize but rather praise the superiority of the Chinese system which, unlike liberal democracies, was able to “show the capacity of the Chinese-style socialism to concentrate resources in the service of great results”. Since this arrogance was not working well, the Chinese ambassadors had to attack the governments to which they were accredited, and they did so, in Paris in particular, with such violence that tensions increased.

In Washington, D.C., Donald Trump kept it going. In Europe, Chinese aggressiveness soon faced a barrage. After letting African residents to be thrown out on the streets because they were allegedly carriers of the virus, China has even raised against itself a good part of a continent, where it has invested so much but which does not like China. The idea of a new “cold war”, with China and no longer with Russia, has suddenly spread to all five continents and first of all to Asia, where China is showing its muscles all around.

It has done so on the Indian border and is doing so in the South China Sea, where it has again asserted its hold on disputed territories. It is doing so against Hong Kong, whose freedoms are now suspended, and against Taiwan, which is committing the great mistake of being a democracy and of having controlled the epidemic far better than Beijing. Because its growth will inevitably suffer from the slowdown in the world economy, because it has not just played well on the international stage and because the Chinese have not forgotten that Wuhan’s whistleblowers had been thrown into prison, Mr Xi’s China appears to be embarking on a nationalist headlong rush in Asia, which could well end up bringing the Chinese navy face to face with the US Navy in the South China Sea.

There is no guarantee that wisdom will triumph between Mr Trump and Mr Xi, and that is where the difficulty of the Chinese equation for Europe lies. Neither in Brussels nor in their various capitals do Europeans want to be embroiled into a confrontation between China and the United States. They want it all the less because they have every reason to fear that Washington and Beijing will end up agreeing after having raised the stakes and will then do so on their backs.

For the Union, the second economic power in the world after the United States but ahead of China, the game is extremely delicate because it has neither an executive nor an army, because it remains a political dwarf while it is virtually stuck between two nation states, two political and military powers which both dream only of undoing its unity to prevent its rise to political prominence.

So the question is: what to do?

The first option would be to side with the United States in order to bring China to show less excess. Democrats and Republicans alike, the Americans are asking for nothing less. They are even urging the Europeans to do so and everything is pushing the Union towards doing so, because China, it is a fact, has become the most formidable of the four international challenges the EU faces.

However close and however murderous it may be, the chaos in the Levant and North Africa is certainly not an economic threat. Russia poses a military threat to the lost nations of its former empire, but its economic collapse and the erosion of its president’s power have now put this danger into perspective. The United States no longer wants to defend Europe and sees it as an economic rival but, Trump or not, it remains a democracy to which Europe is bound by a real historical and cultural connivance.

China, on the other hand, is the largest and most sophisticated dictatorship and the most populous country in the world. Its military power is growing at such a pace that every four years it equips itself with the equivalent of the French navy. It is based on colossal reserves that make it a financial power with dizzying possibilities. It is already by far the most formidable of the Asian powers. It has the promise of soon becoming the number one power in the world and, without even mentioning the port of Piraeus, which it now owns, it is already well established in eleven other major European ports. A fusion of the worst in capitalism and worst in communism, the Chinese dictatorship is placing its pawns all over the Union, so methodically that Europeans would be in great need of the American option.

It is not unmanageable if the Democrats win in November. With them, convergence could be negotiated on reliable and mutually advantageous terms. The Europeans should start surveying the Biden team without further delay, but if Donald Trump were to win, it would be difficult to negotiate a long-term agreement with such an unstable man, whose reliability is more than uncertain and whose political culture is limited to the screens of Fox news.

In this hypothesis, the European Union should rather try to strike a balance between Washington and Beijing by exchanging relative neutrality for the guarantee of its essential economic interests. Europe, and the world with it, would then travel on uncharted territory and in this option it would certainly have to seek an agreement with Russia, an agreement of the two Europe whose discord would become an unaffordable luxury for both of them.