Letter to my Poland 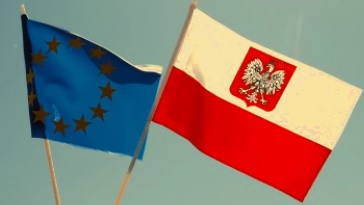 But why? And by what right? Quite simply because I have been both very European and fraternally linked to Poland for almost half a century. It is for these two reasons that I wish Rafal Trzaskowski’s victory, more his victory than the defeat of his opponent.

The young Poland, the Poland that has never known communism, this Poland that belongs so fully to the 21st century world, needs to feel represented and embodied by a President as young as the country itself, by one of its own kind, by this young mayor of Warsaw, in this case.

This Poland cannot remain forever outside the representative institutions of Polish democracy without, in the end, losing faith in freedom, in politics, in the hope of an ever better world, in those three faiths that had held your nation together in the face of the territorial division of the 19th century and the decades of communism.

As there are several Frances or several Americas, there are several Polands, but all of them must be able to exist on the political scene, because the monopoly of one party always brings about sclerosis, abuse and resentment.

But that is not all. I loved the Poland of the Solidarity too passionately to accept that the Poland to which my friends at the time, your heroes, gave birth could tolerate the type of television and judiciary that they want to impose on you. I do not believe that Jaroslaw Kaczyński is a dictator. Nor do I believe that his party is extreme right-wing or fascist. These are just unfair accusations, but it is a fact that the right-wing they represent smells too much of naphthalene and would like to take you back two centuries, before the breeze of free will, the separation of church and state and the liberation of women transformed the world.

Your country, my Poland, needs to breathe, to no longer refuse the modern times that are here anyway.

And then finally, you who fought so hard to reintegrate Europe and no longer be this “other Europe” that the democracies talked about in communist times, you cannot today turn your back on the Union, on our unity. Euroscepticism cannot and must not exist in Poland, in the country whose courage and constant anti-communism made it possible to bring down the despised wall that divided us.

It is not possible that the Poland of John Paul II and of Jacek Kuroń, of Tadeusz Mazowiecki and of Bronisław Geremek, is the same Poland that today protects the theorist of illiberalism, Viktor Orbán, from the European sanctions that should be hitting him and is therefore so unjustly mixed up in the same opprobrium.

Enough is enough! Poland must once again become the country that the world used to admire so much.