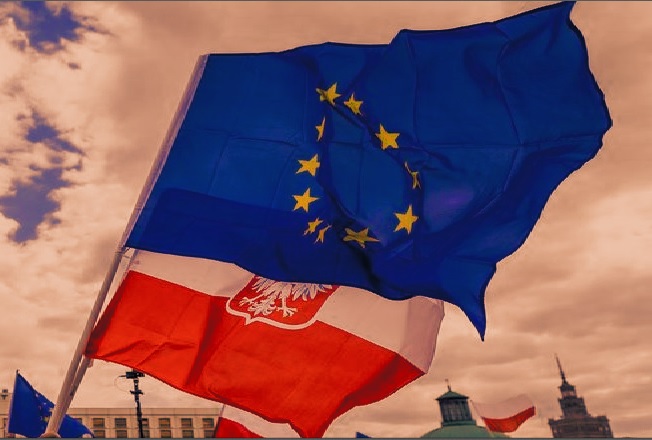 This is definitely the most mistaken of ideas. “The two Europes”, they say quite naturally, absolutely convinced that one of these Europes, at the heart of the continent and formerly communist should be national-conservative, historically reactionary and in every way opposed to the other Europe, that of the West and the old democracies, whose very DNA is supposed to be liberal.

Except that on Sunday, on the evening of the first round of the Polish presidential election, both the polls and the forecasts outlined two blocks so similar in size that it was impossible to say who will be elected on 12 July: Andrzej Duda, the outgoing president supported by the national conservatives of the Law and Justice party, the PiS, or Rafal Trzaskowski, the young mayor of Warsaw, a Macron of Central Europe, polyglot and a former member of the European Parliament.

Not only are there two Polands, one clerical, rural and fairly outmoded, the other urban and estranged from religion, ecological, feminist and in no way afraid of changing lifestyles. The conservative bloc is not ideologically united, either. Like all the European political right-wings, it has its very right-wing faction, its centre-right and, outside the PiS, its extreme right too, the Eurosceptic and national-liberal Confederation, whose voters could very well turn the political tide in the next fourteen days.

This photograph bears little resemblance to the cliché about “the other Europe” as it was used to be called already in Communist times. Far from being frozen in naphthalene, Poland is a country on the move where a nationalist and socially sensitive right had very logically taken over from the pro-European centrists who had led a brutal transition to the market-driven economy and who are now coming back to the forefront, led by new and young figures who have had no more experience of communism than of the social violence of the return to capitalism.

A political changeover is at work in Poland and whatever the result will be on July 12, it must be noted that the PiS is being badly hit by the autonomisation of its centre-right allies, the affirmation of a Polish extreme right, the losing of the Senate last October and now the rise of Rafal Trzaskowski who is modernising and pushing the Civic Platform, this great liberal party from which he emerged, to the left.

So wipe your dials and reset your watches, there are indeed two Europes, but one is called the European Union and the other the Russian Federation, and there is, within the Union, only one Europe, whose political chessboards are tending to become more and more blended.

Because in the end, is this Polish right-wing, which, winner or loser, will have to find its way between its centre and its several extremes and redefine itself before being torn apart, really Polish? No, it is European, as its dilemmas are very reminiscent of those of the French, German, Spanish and Italian right-wings. And these new Polish liberals that Rafal Trzaskowski has brought forward, are they so specifically Polish?

Apart from the unpronounceable name of their leader, they are hardly Polish because, between social liberalism, ecologism and social democracy, they still have to define a clear position, just as the post-Corbyn British Labour Party has to, just as Emmanuel Macron or the intertwined Italian left-wing and Christian Democrats have to, or just as the united Hungarian oppositions, which won over the ten largest cities in the country last October, but still has to find another label than merely “anti-Orban democrats”.

Whether we say “right” and “left”, or we speak, more precisely, of parties “of order” and parties “of movement”, all the sociological and ideological boundaries of the European cultural families need to be redefined, including those of the new extreme right, which are not the least diverse ones either, and which are also in the making. On Sunday, Poland returned to Europe for the second time.