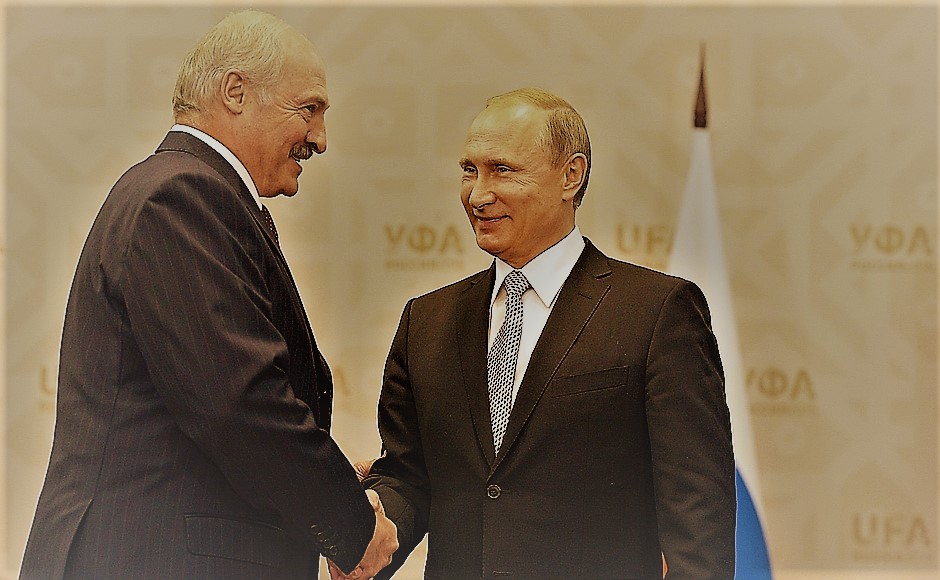 The temptation is strong, Mr. President, but beware! You can tell yourself, of course, that all you would have to do is save Alexander Lukashenko to be able to force him to agree to an “integration process” between his country and yours, because he has his back to the wall after five weeks of demonstrations.

Without your support, the Belarusian president will fall down like a ripe fruit. Therefore, he can no longer refuse you this union between Belarus and Russia that he never wanted to grant you. Before you received him this Monday, they were only talking in Moscow about “strategic partnership” and “alliance relations”, but what would such an agreement be worth, Mr Putin, if it is signed by a desperate man whom his people no longer want?

In Minsk as in the whole world, even in Russia itself, people would say that Alexander Lukashenko has sold his country to keep his power. Morally questionable, this leonine agreement would only have a short-lived legal value because the falsity of the presidential elections’ results will soon be proven. Not only will this agreement be denounced, but the attempt to impose it in the wake of crisis will only distance Belarus from Russia and create, in Minsk, the same russophobia that the annexation of Crimea and the Donbass war developed in Kiev.

Don’t shoot yourself in the leg and do so much harm to Russia when another option is at your disposal, one that is full of hope and much more profitable to the image you will leave. You have the choice. You can remain the man under whom all opponents would die, Aleppo was razed to the ground and Russia lost Ukraine, or you can erase that memory in favour of that of a wise man who would have been able to recreate confidence and stability in Europe by putting out the smouldering fire in Belarus.

The time of the reckoning is approaching, Mr. Putin, it is all the more worthwhile to think about it as everything is at your disposal to ensure that you do not make the wrong choice.

More than one month after the falsification of August 9, the claims and slogans of the Belarusian demonstrators remain imbued with a formidable collective intelligence. “Go away!” they cry out to a president who has been in office since 1994. “Court!” is shouted to threaten him, but the European Union is not cheered any more than Russia is booed because, of all ages and from all walks of life, these men and women have understood perfectly well that they would need to obtain your “nihil obstat” in order to get rid of their dictator without bloodshed.

Your first asset, Mr. Putin, is that Belarusians are asking for your support and are ready to let the leaders they would freely elect to thank you for it by confirming the ties between their country and yours. You can play this card and do so without risk, because everyone in Europe – this is your second asset- sees clearly that Belarus will not escape misfortune and that our continent will suffer from a renewed instability if you should not accept Alexander Lukashenko’s withdrawal.

You, Mr. Putin, can make yourself a peacemaker.

You, the war-maker, can change the game, because many people would be grateful to you, and not only in Western Europe. Central Europe is also longing for the Russian president to allow a democratic transition in Belarus. Not only does it aspire to it because it knows that it is a sine qua non and that it does not want to see the tension rise, but also many figures from the Polish majority and opposition are already working on it.

Last Wednesday in the European Parliament, two Polish elected representatives, Mr. Biedroń and Mr. Czarnecki, appealed to the “Russian authorities” to ask them “to support the opening of a genuine national dialogue” in Belarus. This step was not criticized but was widely approved. Other initiatives will soon follow or are, more discreetly, underway. All aim, Mr. Putin, at convincing you not to hinder change in Minsk but, on the contrary, to facilitate it.

Many Polish people are calling on you, Mr. President, to safeguard civil peace in Belarus and you would not seize this opportunity to put an end to three decades of mistrust and so many centuries of terrible conflicts between Russia and its neighbours?

Won’t you see here, Mr. Putin, the possibility of ushering in an era of continental security and cooperation?

I can’t believe you won’t, Mr. President, but do not delay, do not let the apparent and deceptive ease of the other choice tempt you for too long.