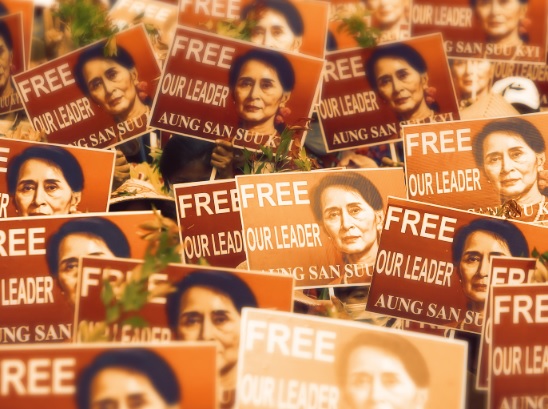 Statement on Myanmar at the Foreign Affairs Committee

There are two things involved in this inadmissible coup by the Burmese generals: the nobility of some people, and – have no fear of words – the infamy of others. In defence of the elections, of their freedom, of democracy and of their human dignity, some people take to the streets, armed only with their courage and fuelled only by their indignation.

Nothing stops them. No gun stops them, and one can only bow before these women and men of all ages and all conditions. Bow before them with a throat tied by the same emotion which was aroused ten years ago by the demonstrators of the Arab springs who have not said, not at all, their last word.

And opposite, on the bench of infamy, there are not only these corrupt generals who defend their positions and their eternal omnipotence with the same cynicism as the Egyptian general staff or the Guardians of the Revolution in Iran.

Red with blood, the blood of the Rohingyas in particular, these people are clearly visible. The Union must of course sanction them, harshly, but what would they be without the power that supports them in the shadows, without these Chinese leaders who ensure their regional outpost and the loyalty of Burma by protecting these officers who have no other stripes than those earned by oppressing and martyring their people?

So we are telling you, Mr Xi, we are aware of what you are doing to Burma, we, the European Parliament are aware, and will think about it every time we examine our relations with your so definitely shameless regime.