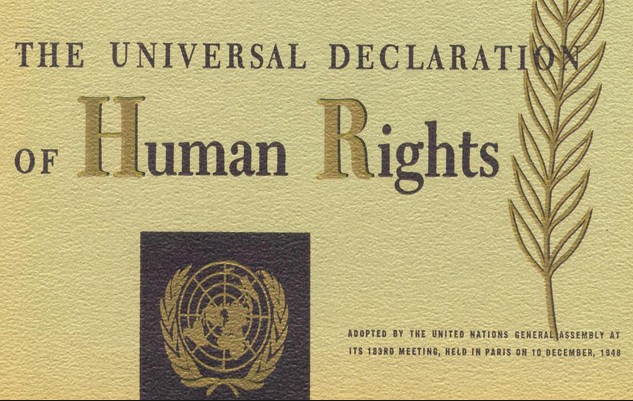 We are Celine Schikhof and Sofie Hopman. We are from the Netherlands and we are in the fifth grade. We have to do an assignment about the European Union for the subject social studies. As subquestion we have to give our opinion about if we think it’s good that the EU decides about human rights and why. We also wanted to process the opinion of an MEP in our assignment about that subject. We would like to hear your opinion about this subject since you’re focused on human rights. We have three questions we would like you to answer:
1. Do you agree that the EU decides about human rights?
2. Why do you agree or disagree?
3. Why do you think human rights are important?
We would like to hear from you soon and thank you in advance!

1-2. Do you agree that the EU decides about human rights? Why do you agree or disagree?

People have fought for hundreds of years for the right to decide about how they want to live. They fought for the right to live without fear that a king, a lord, a ruler or a dictator takes away their lives or their freedom. In Dutch history, an important result of the fight for human rights was when the Union of Utrecht in 1579 ensured that everybody can choose their own religion. In 1679 in England it became a rule that people can only be put in prison if it is proven that they broke the law. In 1789 the French Revolution completely changed the world, when the Declaration of human and civic rights made clear that everyone in France deserves the same freedom and the same rights. In 1948, the countries of the United Nations agreed that everyone in the world should enjoy the same rights.

3. Why do you think human rights are important?

If you ask this question from someone who has been a victim of a dictatorship, the answer becomes clear. They will tell you that in their country the police can arrest them and torture them even if they did not do anything wrong. They will tell you that in their countries, life is dangerous. Unfortunately, there are many countries in the world like that: countries where people could get killed by soldiers if they believe in a different religion than others, where people can be forced to leave their homes if they have a different skin colour than others, where people can get into prison if they have different opinion about politics than others. These are the countries that do not respect human rights.

Human rights are important, because where they are not respected, people suffer. People desire freedom everywhere in the world, they wish to have power over their own lives, they reject a government which threatens them or tells them how to live and how to think. Not so long ago, in 2011, peoples living under dictatorial regimes in Arab countries stood up and demanded that their governments give them the rights they deserve as humans. The fight for freedom is not over yet, and the countries of the European Union have promised to support those who fight for the respect of human rights all around the world.