A moment of happiness 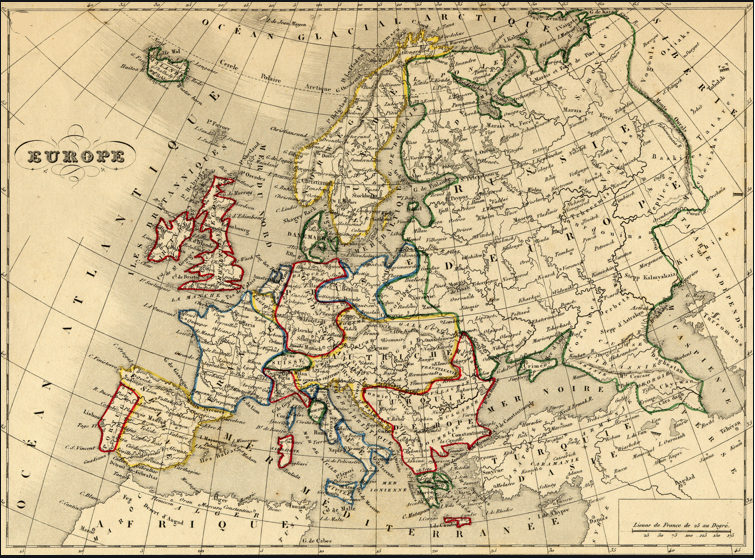 60 / DOSSIER  Democratic transition in the East

According to Bernard Guetta, the European integration of the countries of the former Eastern bloc in 2004 was a success. Apart from the fact that it should have been initiated in 1989.

“We have not been able to seize the moment of happiness that existed on both sides of the Wall in 1989 to create a political moment that would have had an emotional base. Maybe we should have, taking advantage of the enthusiasm about the fall of the Berlin Wall, integrate the countries of the Eastern bloc to the European Union the fastest we could – this is what the Visegrád countries were asking for – even going as far as inventing “two circles” of member states (as François Mitterand proposed). Instead, we were thinking in terms of “economic transition” and “incorporation of community law”, and this cold, technocratic indifference was certainly not a good thing. Fifteen years later, in 2004, when, at the price of incredible economic, social and even psychological efforts, the former communist countries fulfilled all these conditions, nobody really longed for their accession any more.

Imagine for a second the liberation of Paris without the crowd on the Champs-Élysées; imagine that General de Gaulle’s first speech had been centred entirely on the reconstruction efforts; and imagine that this long-awaited moment had been managed by civil servants without a shred of emotion and even a hint of political inspiration, and you will understand what happened in the Eastern bloc after the fall of the Berlin Wall.

When the enlargement was finally achieved, these countries still felt an immense pride and even more hope. After making all those sacrifices required by the Union, they finally get to experience the same prosperity, or almost the same as in Paris, London, Vienna or Berlin. Everybody believed this, but the reality evidently turned out to be different, and the disappointment was enormous. “All this effort, and for what?”, many people thought, and their alarm has been further amplified when the 2008 crisis brutally and totally demystified the international economic institutions, the European Commission and all the gurus of Western economy who had imposed a shock therapy on the former communist countries

The Central European states, certainly their extreme right parties and governments, but also their political extreme left have become predominantly very critical of the Union, but nobody proposes to leave it. Any politician in power who did so would commit political suicide, because apart from a profound pride that is felt upon belonging to this club of rich and democratic countries, belonging to the Union assures the solidarity of its most developed countries, and gives access to its so-called “structural” funds, without which things would be very different. Just like it did with Spain and Portugal, the European unity allowed these countries to accelerate their development and speed up their increase in wealth. Take a train to the suburbs of Budapest and you will find it a hundred times more modern than the trains to the outskirts of Paris. They are simply as new as Hungary’s membership in the Union. Everybody knows this but it does not heal the disappointments, because economic and social progress is much slower, and inequalities have grown at a deadly pace.

In addition, these countries – even Poland, which has similar economic and demographic weight as the core of Europe – are still somewhat considered as second class members. Not only do they know and feel it painfully, but there really exists a cultural gap between their societies and the Western societies. The legal marriage of homosexuals, acknowledged in Western Europe is something absolutely unacceptable for many citizens of these countries. For the young urban population it is not a problem. In the countryside, and in more religious circles, however, gay marriage is still inconceivable. It simply goes beyond reason. It is as though we in the West had legalised cannibalism, because the way of life had gone through an incredibly fast evolution in our countries, whereas, from this point of view, Central Europe stands where we stood a quarter of a century ago, maybe more. In addition, the question of migrants exacerbates the problem.

The opening of the German borders by Mme Merkel in 2015 was very poorly received, and even felt like a betrayal of Europe facing Mohammedan invasions. Therefore, these countries got immediately obsessed with closing and even barricading the borders. This was not a unanimous movement, but an act determined by deep historical reasons. France has forgotten Poitiers. Central Europe, however, has not at all forgotten that in 1529 the Ottoman armies reached the gates of Vienna and that even the mobilisation of the Poles was necessary to save it. The Balkans, Hungary, Romania, Bulgaria lived under Ottoman occupation for a very long time. To this very day, every Muslim country is perceived as Ottoman in Central Europe. In addition, it is obvious that a stronger nationalism is present in countries that regained their independence only in 1989.

Lastly: already in the Habsburg Empire, whose borders follow more or less exactly the borders of the countries of Central Europe, there existed a tremendous hostility towards what they called “the West”. What was true in the 19th century was true in the 1930s as well, in governor Horthy’s Hungary and Piłsudski’s Poland, and the same consternation, the same pure panic about the changing of the world, embodied by the Western powers can today be found unchanged under Viktor Orbán and Jaroslaw Kaczyński. In the Habsburg Empire, the forces of modernisation were the imperial family, the army, and the Jewish bourgeoisie, the forces whose interest lay in the survival of the empire and consequently in the containment of nationalist sentiments. This is the past, of course, but it is a past that is incredibly present today, as Brussels is now perceived just as Vienna used to be: as the capital of a new empire that is confronting, just like it did before, the different kinds of nationalism which is injured just as much by Western modernity as by every political intention that transcends the borders.

Rising from the forgotten centuries and fed by the growing power of the European institutions and European policies, these problems are to be taken seriously. They are in fact so numerous that we are talking more and more about a new division of Europe, yet, the integration of the countries of Central Europe to the Union remains no less of a total success. The Hungarian economy is growing very dynamically. Budapest has been considerably modernised. Thanks to talented architects, Warsaw has found a youthful spirit and an unbelievable economic dynamism, also a certain beauty and charm that it totally lacked even 20 years ago. When we got to know these countries during the communist period, it sounded silly to even ask whether their integration to Europe could be successful. It obviously is a success.”

Bernard Guetta was correspondent of Le Monde in Central Europe and in the USSR in the 1980s and radio columnist at France inter between 1991 and 2018. He is a Member of the European Parliament (Renaissance) since June 2019. He has recently published his book entitled L’Enquête hongroise (“The Hungarian inquiry”) (Flammarion, 2019).