THE PEOPLE VS. DEMOCRACY 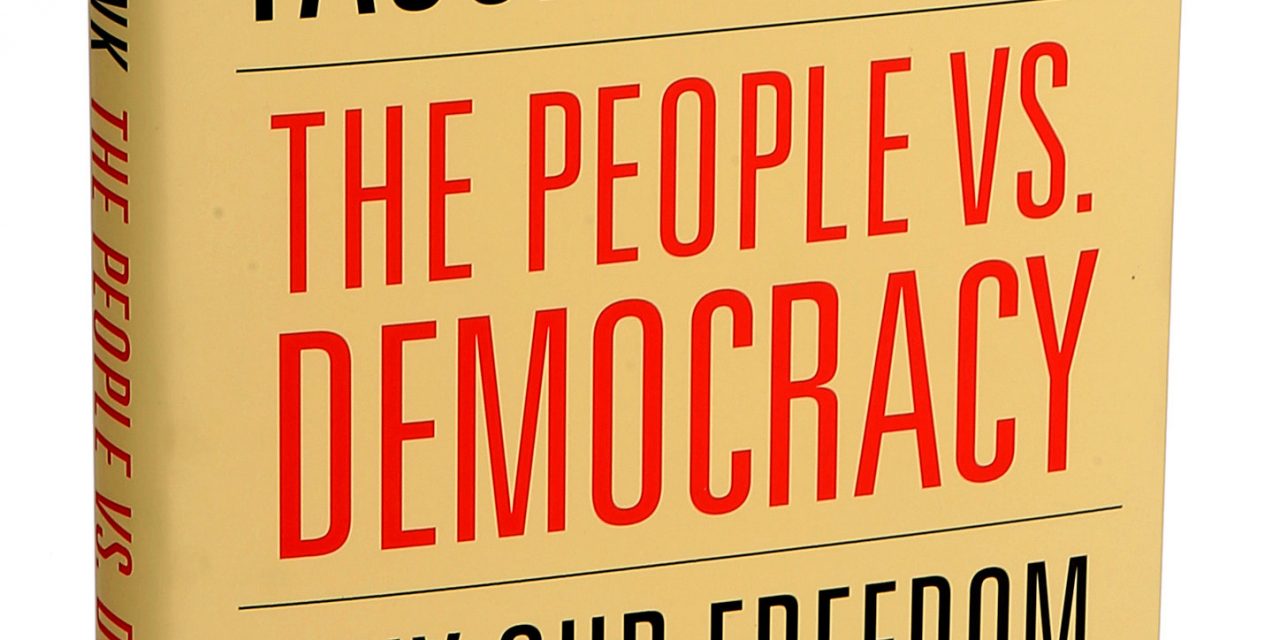 Why Our Freedom Is in Danger and How to Save It

Yascha Mounk’s book published last year conquers both university reading rooms, but also many other agoras of intellectuals. Only last month, I participated in two panel discussions inspired by the book – in such different places as Istanbul and Łódź. Here the reader can find a summary of the book – which I truly recommend.

In his book, Mounk tries to make sense of our new political landscape by making four distinctive contributions: he demonstrates that liberal democracy is now decomposing into its component parts, giving rise to illiberal democracy on the one side and undemocratic liber­alism on the other. He argues that the deep disenchantment with our political system poses an existential danger to the very survival of liberal democracy. He tries to explain the roots of this crisis. And he shows what we can do to rescue what is truly valuable in our imperiled social and political order.

He argues that at the moment, the enemies of liberal democracy seem more determined to shape our world than its defenders. If we want to preserve both peace and prosperity, both popular rule and individual rights, we need to recognize that these are no ordinary times—and go to extraordinary lengths to defend our values.

Most interestingly, Mounk proposes also some solutions: since the nation is, in the famous description of Benedict Anderson, an “imagined community,” the way we talk about it has the power to affect its nature. Political leaders who redescribe a nation that has a long history of being exclusionary in inclusive terms can make a real contribution to domesticating nationalism.

He also makes a case for a truly liberal integration policy which would set out with renewed re­ solve to ensure that members of minority groups do not experi­ence discrimination or see their prospects dimmed by structural ob­stacles. At the same time, it would also set itself against those who—whether out of fear that they might falsely be accused of dis­ crimination, or due to an explicit commitment to cultural relativism — exempt minority groups from the basic rights and duties of a liberal society.

The ideal of inclusive nationalism demands that the state protect the rights of all individuals, against their own family members as well as their neighbours. If we wish to preserve liberal democracy, we cannot exempt minorities from its demands. But the same ideal provides less clear guidance on a topic that is even more emotion­ ally charged: the nature and extent of immigration.

Another solution to the current crisis of liberal democracy is economic in nature. One obvious way to reverse the worrying trends of the past de­cades is to reverse the policies that have exacerbated them. This means raising effective tax rates for the highest earners and the most profitable corporations. It means restoring basic elements of the welfare state.It means investing in areas—like infrastructure, research, and education—where public spending promises a posi­tive return over the long run instead of cutting expenditure in every part of the budget. And of course it means providing every citizen with decent health care.

The most important goal of a redesigned welfare state should be to decouple social benefits from traditional employment. This makes a lot of sense when it comes to raising the money that is needed to sustain the welfare state: While it is paramount that businesses help to bear the burden of key social provisions, it makes little sense to ask corporations that create a lot of jobs for a proportionally higher contribution than corporations who create very few jobs. The same is true of individuals: With the number of people who live off accumulated wealth rising rapidly, it makes less and less sense to place the burden of financing the welfare state pre­ dominantly on wage­ earners.

Mounk also underlines the fundamental role of civic education: Humans are astoundingly versatile. Our grandparents would have found it inconceivable that civic education would atrophy to the degree it has. Conversely, it now seems inconceivable that we might rebuild a country in which writers aim to spread the values of liberal democracy; civics stands at the core of the curriculum; teachers at all levels spare no effort to impart a deep understanding of the Constitution and its intellectual moorings to their students; and most citizens recognize that, if they want it to survive, they need to do ideological battle for their political system at every op­portunity.