From one dictatorship to the other 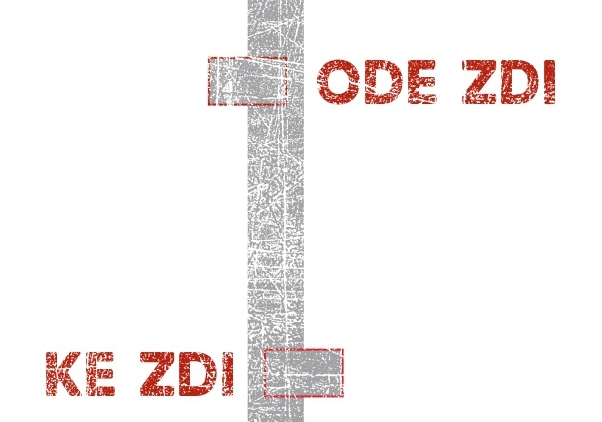 It is an old, a very, very old church in the centre of Prague. The roof has been rebuilt, but the walls are original, and the church breathes of centuries of such a tormented history that it served as the ideal frame for the awarding of the Vaclav Havel prize, given out each year to human rights defenders.

Two recipients in detention, the Uighur Ilhan Tohti and the Tadjik Buzurgmehr Yorov were represented by their brothers, while the Serbian Ivan Đurić was there in person. A young militant from Hong Kong had been entrusted with giving the opening speech, and the fire in him stirred a wind of revolution among these stone walls polished by prayers. It went like this: “Freedom, I write your name”, in the perfect English of the former colonial power. It was just as beautiful as the night of the 4th August, but we felt lumps in our throats when Ilhan Tohti’s brother described the living conditions in the concentration camps of Xinjiang. One million Uighurs are locked up there, one in every nine Uighurs. They starve the prisoners there. They give them a beating at the slightest misdemeanour and the fear of organ traffickers reigns over the place.

The young Serbian man was awarded for coming up with the idea of creating the same NGO for protecting the political freedoms and the rule of law in every former member state of Yugoslavia. Would you like to re-establish Yugoslavia? I asked him at the end of the ceremony. His smile did not say no, but Ivan Đurić explained to me that if the countries of the former Federation could create a real zone of free trade, it would immediately strengthen their economies, and facilitate their accession to the EU.

The brother of the Tadjik man recalled how a lawyer with a bright future found himself in prison for twenty-eight years after he chose to defend young opponents of the regime.

It was a show about tyranny around the world, and when these three men had to explain how and why they joined the resistance, it reached its culmination. The Uighur was Voltaire reborn, pleading for the freedom of conscience. The Serbian went “Be realistic, demand the impossible” and the Tadjik… what a moment! My brother, he said, joined the youth organisation of the Communist Party when he was a teenager. He emerged impregnated by the ideals of human dignity, the dignity of work and freedom. He stayed faithful to these ideals, this is why he defended these members of the opposition and this is why he was later condemned for his courage.

This Tadjik man has just said that, at least on paper, at least at the beginning, communism had had the same ideas as Vaclav Havel and the human rights defenders had.

“I was hoping you did not hear that”, Michael Zantovsky, director of the Havel Library told me. He was embarrassed, but smiled because we knew very well that great and paradoxical element of truth these words had unveiled for us.

Watch the award ceremony on video

I took part in a roundtable discussion, take a look: