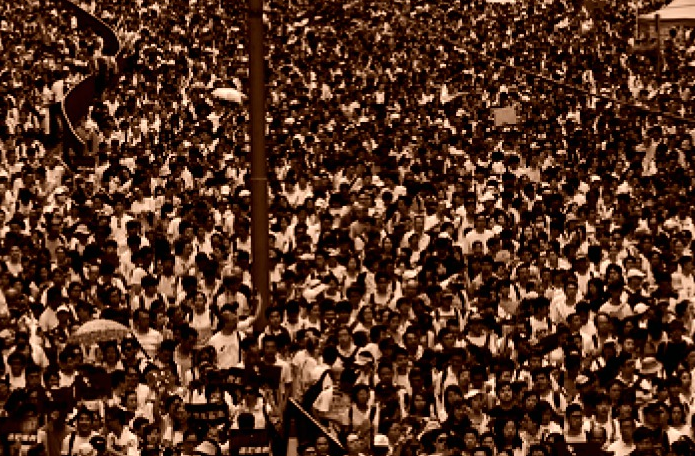 Finally, I had the right to do it. I could not when I had been only a journalist, but as member of parliament and politician, I finally had the right to give the advice to these militants that they asked for. “Could we, they asked, do as the Iranians did when they were shouting out their thirst for freedom into the night, standing in their windows and on the rooftops of their buildings?”

I replied to them that they absolutely could, and that they could also draw inspiration from everything else that the Iranians invented before the Arabic revolutions: the way they shared the time and place of their secret meetings by text message in the last minute, the way they spread their slogans on the internet and above all the humour, the winks and all the things unsaid that they threw at the faces of the Robocops that were sent to bludgeon them.

I told them about the demonstrations of Teheran, of Tunis, of Sanaa and of Cairo, while they took notes and gave each other knowing looks. Their quest to learn more about recent revolutions fascinated me so much that I recalled a piece of ancient history, from August 1980. Do as the Polish did, I told them. Turn against this power everything that it claims to be: the international conventions that it had signed, and obviously the Charter of the United Nations, since China is a permanent member of the Security Council. This made them laugh. They liked the idea, but the youngest among them, coming straight from the streets of Hong Kong, reminded us all of the reality, by pointing out that it did not cause Beijing any sleepless nights to trample on the “two systems – one country” compromise.

How long could the demonstrations still go on? They looked each other and the most political among them, a student of sociology, answered: “At least three months”.

Really? Three months? They were all certain about it, and if their judgement is right, this means that this crisis could reshuffle a lot of cards – in Taiwan, in Shanghai, in Beijing, and all over the world.